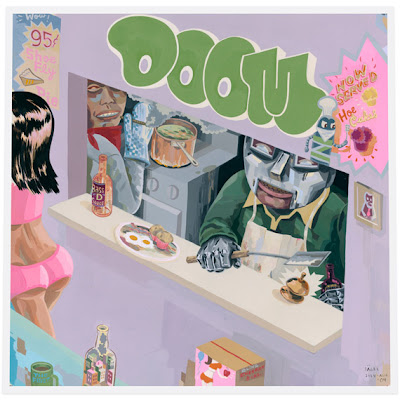 This brand new addition to the Stones Throw Online Store is a blown up version of the "HOE CAKES" single artwork. San Fransisco-based painter Jason Jagel originally created the vinyl-only image, along with the rest of the artwork attached to the food-centric album, back in 2004 The 28x28" poster (Stones Throw's largest to date) is reasonably priced @ $12. They're now available for pre-order, and are set to ship out in tubes on Dec. 6th.
* Also keep an eye out for a Re-issue of DOOM's 1999 debut, OPERATION: DOOMSDAY - set to drop in 2011.