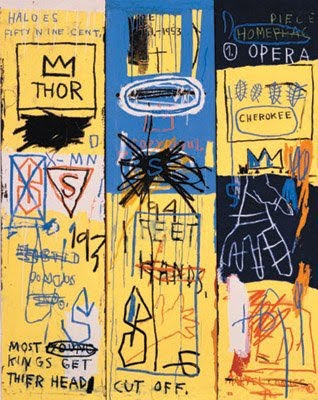 This a "lost" Jay-Z track. "Most Kingz" was previously released in 2 forms - a Funkmaster Flex freestyle and a verse on "Lost+" Remix (Coldplay's Prospekt's March EP). This "new" mix is featured on the recently-released Invasion Radio 2K10 (Mixtape), presented by Green Lantern, who also had a hand in producing this version. It seems like the track dates back to Jay'Z's 2006 "comeback album," Kingdom Come. This really is a great song overall.. It's almost sort of cryptic. Long-time HOV buddy, Chris Martin is additionally featured on the hook. 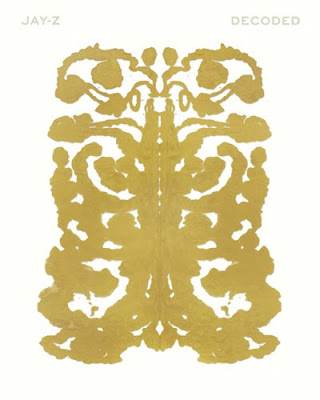 Mr. Carter has said that his inspiration came from a Jean-Michael Basquiat painting entitled "Charles the First." The 1982 piece showcases the song's title in the bottom left-hand corner. Jay even references Basquiat in the first portion of the track. A prime example of art influencing art. This black and white video has Jay-Z breaking down "Most Kingz"'s lyrics, inspiration, background, etc. It's a promo clip for his new Spiegel & Grau book, "Decoded" (out Nov. 16). The content of the book will be much like the promo clip, Jay-Z breaking down some of his most famous tracks/hits. And coincidentally, "Most Kingz" is amongst the book's 32-track long contained songlist.

Posted by Matt Horowitz at 1:45 PM