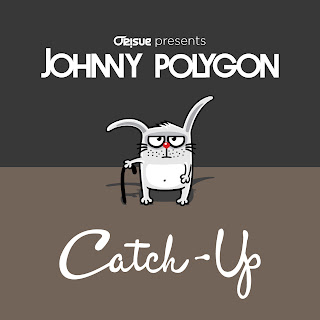 First heard this on the "How to Make It In America" Companion Mixtape (HBO). There's also a noteworthy "Riot Song" Remix that features KiD CuDi. Johnny Polygon's new mixtape, The Catch-Up [cover art image above], was put out online today. His previously released mixtape, Rebel Without Applause (Public Enemy reference?) is worth checking out, too. A new FreEP, "A Wolf in Cheap Clothing," is slated to be released Dec. 15, by way of 2DopeBoyz.
*Fun Fact: Mr. Polygon is featured on "Black President," from Nas' Untitled (2008).
Posted by Matt Horowitz at 10:05 AM