This sounds really cool! I hope it happens... Seems like Curren$y and Sean O'Connell already have an album in the can ("Muscle Car Chronicles"). I stumbled upon an interview with Ski Beatz (Pilot Talk 1 & 2 producer); The segment I skimmed over included him shedding some light on this intriguing upcoming project. Sean O'Connell is a folk artist on Dame Dash's label, BluRoc. Sean produced/and appears[?] on the album, along with[?] Thomas Pridgren (Mars Volta drummer) and Marc "Brownie" Brownstein (Disco Biscuits bassist). Ski said that Pilot Talk 3 will be out in May 2011, with "Muscle Car Chronicles" coming out before then. There are also rumblings of a movie, coinciding with the album. So, well see... Makes sense, since Dame was already involved in a similar collaborative project (BlakRoc). 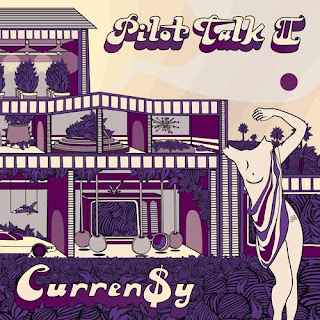