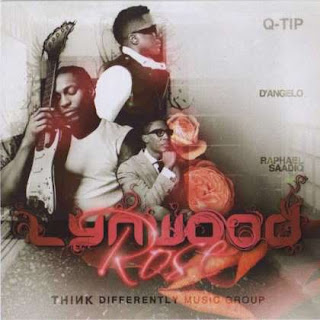 Supposedly, D'Angelo is in the studio working on a new album with Prince, ?uestlove, Cee-Lo, Q-Tip, and Mark Ronson. 2 of his recent favourite albums are said to be Gnarls Barkley's St. Elsewhere and Amy Winehouse's Back to Black. The album ("James River"), has been in the works for nearly the past 10+ years and is rumored to be released in 2011. It would be his first release, [aside from various features] since 2000's Voodoo. According to a Studio Engineer, "James River"'s sound is like a mash-up between Parliament/Funkadelic, The Beatles and Prince. Let's keep our fingers crossed!