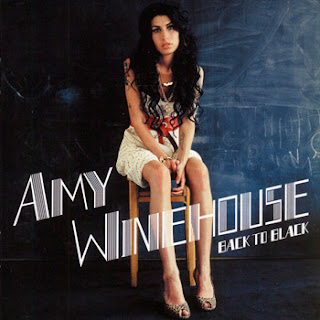 Special Correspondent @rickyrozay put it best: "Wanted to collab w/ Amy Winehouse... R.I.P. - Smoking 1 in your memoryyy!!"
The Internet, music industry Twitter, and myself were [personally] saddened to learn that British R&B Songstress, Amy Winehouse passed away today @ the tender age of 27; Not unlike fellow Forever 27 Club "inductees" Jimi Hendrix, Kurt Cobain, Jim Morrison, Brian Jones (Rolling Stones), and Janis Joplin.
Jewish-raised Amy Jade Winehouse burst onto the scene in 2006 with the release of her sophomore album, Back to Black. Its Salaam Remi-produced predecessor (Frank) was released 4 years earlier and garnered much critical success, but essentially "flew under the radar." Back to Black, which was jointly produced by Remi and DJ Mark Ronson, ushered in a throwback Doo-Wop lending sound with help from The Dap-Kings. The complete album would go on to win 5 Grammys and rack up some 10 million+ units sold.