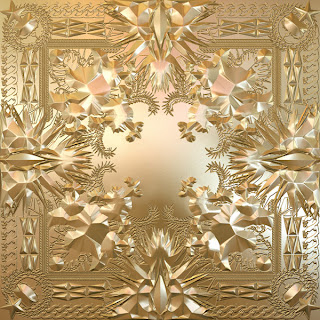 Ever wonder what the "average day off" entails for a Hip-Hop Mogul/jet-setter? Imagine no more because director-photographer, Robert Lopuski has now documented and released [10 minutes-worth] of behind-the-scenes Kanye & Jay-Z footage. Filmed in a number of 5-star hotel rooms and private estates, from Sydney-New York City... The short-film documents Jay-Z's birthday dinner, the pair vibing out to their own recorded tracks * [with Russell Crowe], haircuts, scenic landscapes, earnestly writing/recording Watch the Throne, pick-up basketball games, artwork layouts, and more; All littered with still photographs, album cut previews, and archival Roc-Nation footage throughout.


* Aziz Ansari @ Letterman (2009): "I'm one of the first people to get there and I walk into [Kanye's] house... and I hear 808's & Heartbreak playing, which is HIS album. And I walk in and he's just sitting in his living room, just like bobbing his head like, Bum, boom, bum. And I was like, "Hey Kanye, are you sitting in your OWN house, bobbing your OWN head to your OWN music!?" And he goes, "Yeah, these beats are dope!" ha ha. And I was like, "Well, ya know, that'd be like if your came over to my house and I had my stand-up album [Intimate Moments for a Sensual Evening] on and was like, "Hahaha... These jokes are dope!"" 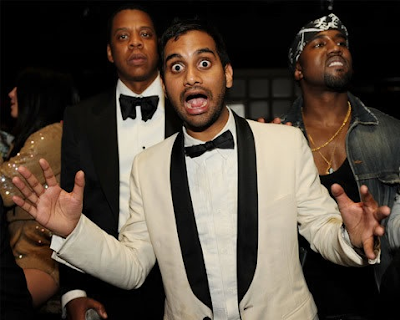