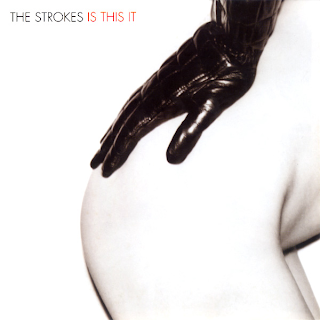 As a 23-year-old recently graduated college student... who's being thrust into the "real job" force, I feel "old" sometimes. It doesn't help that I'm slowly but surely losing my hair and everything around me just seems to be changing @ a rapid pace. An avid music fan, lately I've been hearing a lot about Popular album anniversaries - Records that have achieved "classic" status within the span of my lifetime. This makes me feel a tad bit older... but @ the same time, it's comforting to revisit a handful of the first records I really got into as a kid-teenager.
The Strokes' debut album (Is This It) was first released Across the Pond [UK] with the original "Spinal Tap - Smell the Glove"-esque artwork fully intact on August 27, 2001. As usual, it was then released @ a later date in The States [USA]... In lieu of 9/11, Is This It was finally liberated in Oct. of 2001; Omitting "New York City Cops" for obvious reasons and packaged with alternate artwork.

"Back when Is This It was released, everyone was going crazy over how much The Strokes sounded like [Velvet Underground], Television, and Iggy & The Stooges. But to me, there first single "Last Nite" always felt like a Beatles song. The way the rhythmic elements always stay out of the way of the vocal, that one note guitar line a la George Harrison, even Julian's vocal has that combo of snotty grit and melody that reminds of Lennon. But beyond all that, the reason it really feels like a Beatles song is the structure. It's classic, early Beatles-Lennon, and an approach to Pop [music] structure that still hasn't really been tapped into.
There's no clear verse or chorus, just one main hook and melody. The only other section is a short bridge, that really just acts as a kind of propeller for the main melody, giving it the momentum it needs to come back over and over and over again. That's good Pop [music]! And of course the middle 8 is replaced by a guitar solo because, well, they're The Strokes. For our cover, we turned that structure on its head. The sections still occur in the same order, but we have re-imagined them. The main "Last Nite" melody/lyric becomes a proper verse, and the section that used to be a short bridge becomes the proper chorus/hook. At the end, everything intersects with each other and we have a melodic party. Pretty fun, right?" 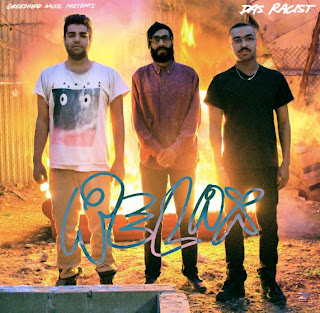 Much thanks due to my buddy Kev's earnest research, a few additional landmark releases with upcoming "birthdays" were uncovered: Sublime - Sublime (15 July 30th), Soundgarden - Badmotorfinger (20 August 10th), Pearl Jam - Ten (20 August 27th), and Nirvana - Nevermind (20 Sept. 24th). Last week, SPIN let loose a free download of "Newermind:" Nirvana Tribute Mixtape online... complete with a new Nevermind-centric issue of the print magazine. In a similar vein, the good people over @ Stereogum assembled their own batch of Indie bands and had them record their takes on The Strokes' album tracks; The result - "STROKED: A Tribute to Is This It," which includes: Peter Bjorn & John, the morning benders, Chelsea Wolfe, Heems (Das Racist), and Wise Blood. The complete, 11-track deep covers album can be downloaded and experienced [read] in full over @ Stereogum.
Posted by Matt Horowitz at 9:50 AM