Skylar Grey Is Prepared to "Dance Without You" 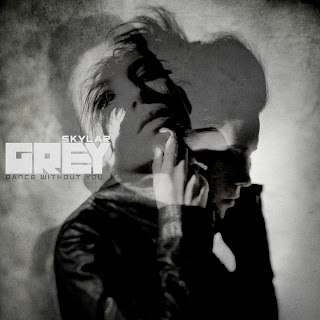 While it isn't exactly FRESH, "BREAKING NEWS" that Skylar Grey and producer-friend Alex da Kid are currently in the final stages of shaping up her debut album... The just-released music video for "Dance Without You" is, in fact, rather news-worthy. Grey's first legitimate "solo track" was recently unleashed and is serving as a promotional single, for all intensive purposes. It and the lead single, "Invisible" will both appear on Invinsible [invincible], currently slated for a Fall 2011 release. Expect a seperate music video produced for the latter, which was released to Pop radio stations back on June 16th, to be unveiled soon as well.
Skylar Grey recently described the loose concept behind Invinsible (album) to Billboard's own Jason Lipshutz... Saying, in part, that the collection will chronicle her tumultuous journey from unknown Folk singer to sought-after Powerhouse: "I was depressed and broke and had nobody around and was feeling invisible to the world. That's what that ["Invisible"]'s about, that very first step... and so, within the album, you go on that journey of how I became invincible, and I think it's gonna be a story that a lot of people can relate to." Thus far, Hip-Hop Circles seem to be taking a liking to Grey/Alex's unique brand of Hip-Hop infused Alt. Pop; As Shake @ 2dopeboyz has posted semi-regular updates on Skylar Grey's progress, since the "Holly Brook" days!

The singer-songwriter had previously performed under an abridged version of her birth name, Holly Brook [Hafermann]. During this period, she wrote and recorded an album's-worth of material, a companion EP, and tracked a handful of features: Fort Minor (Mike Shinoda), Duncan Sheik, and Apathy. Brook was subsequently dropped from Machine Shop Recordings [label] when her 2006 disc, Like Blood Like Honey, failed to chart. Brook then re-emerged as "Skylar Grey" around 2010 - Signing (again) with Alex da Kid's label KIDinaKORNER, a sub-division of Interscope. Grey has since appeared on such Popular nation-wide hits as Dr. Dre - "I Need a Doctor," Lupe Fiasco - "Words I Never Said," and Diddy-Dirty Money - "Coming Home." Hafermann/Brook/Grey also had a hand in co-writing recent singles for Eminem, Rihanna, and T.I... This including all 3 versions of "Love the Way You Lie."
Posted by Matt Horowitz at 4:45 PM