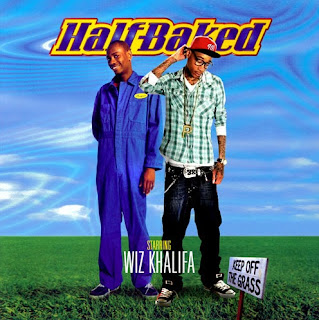 Not an excess of information available here, by any means... But here's 2 cuts released [without prior announcement] by @RealWizKhalifa through Twitter... over the course of the past 2 days. Both "Flowers" and "O.T.T.R." seem to be Wiz tracks, billing Curren$y & Big Sean as "feat." - with beats produced by Big Jerm.
While details regarding date(s) recorded and album placement(s) are still rather "hazy," the parties involved have worked together in various facets: First on Curren$y & Wiz's collaborative mixtape, How Fly (Summer 2009). Big Sean featured Curren$y on a recent mixtape track, "Five Bucks (5 On It)," along with Chip tha Ripper. Wiz was later featured on "High" with Chiddy Bang, from Finally Famous [The Album]. Wiz-Curren$y have a long history... appearing together on a few Khalifa mixtape/album tracks ("Rooftops," "Glass House," and "Friendly").