Confirming what Billboard had previously reported last Fri. [Feb. 18], The Cool Kids will release their major label debut album on a TBD Spring date. Teaming up with Green Label Sound/Mountain Dew, When Fish Ride Bicycles will drop on iTunes in the coming months... with a physical release soon thereafter.
"Bundle Up" is the first [promotional] single to be pulled from the long-awaited Chuck Inglish-prod. collection. Album #1 will follow it up as the first release issued under "The Green Label Sound/iTunes Experiment" umbrella. 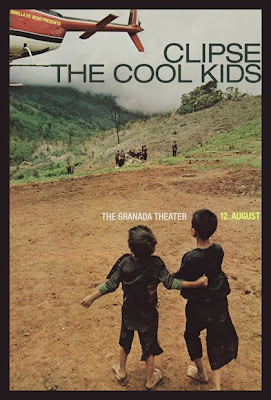 Posted by Matt Horowitz at 4:19 PM