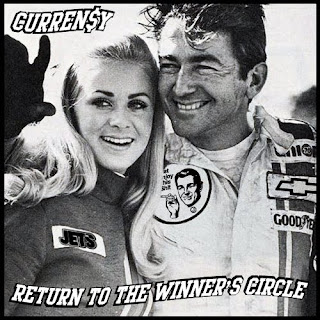 Following a note-worthy, yet unrecognized debut year (2009), Curren$y had an exceptional break-through year in 2010. Throughout the course of the year, he released 2 companion Def Jam albums (Pilot Talk 1 & 2),a s well as numerous mixtapes and features. Both albums garnered strong fan/citric reception, with #2 even boasting a Raekwon feature.
Curren$y seems to be starting 2011 off equally strong; Recently inking a new record deal with Warner Bros., announcing an upcoming Alchemist-produced EP, and an accompanying 40-city US tour. However, the Louisiana native's project I'm most looking forward to this year is Muscle Car Chronicles. On the collection, raps will be backed by musical accompaniments from [rising] Folk musicians Sean O'Connell and McKenzie Eddy. The trailer(s) highlighted in this post give viewers a glimpse into a short film of the same name that will accompany the DD172 (Dame Dash) album, out this Spring.