Pulled Over By the Cops/Mikey Rocks + Cold War Kids (Remix) While Indie Hip-Hop fans patiently await the release of The Cool Kids' official, full-length debut LP "When Fish Ride Bicycles," members Mikey Rocks and Chuck Inglish continue to tinker with side-projects.
Pulled Over By the Cops, a Cool Kids/Freddie Gibbs/Chip tha Ripper/[and sometimes] Bun B, Blended Babies-produced "Super-Group" of sorts, is the latest in a string of alternate musical avenues. The collective made their "unofficial debut" on Gibbs' Summer 2010 single "Oil Money," subbing out Rocks for Dan Auerbach (The Black Keys). 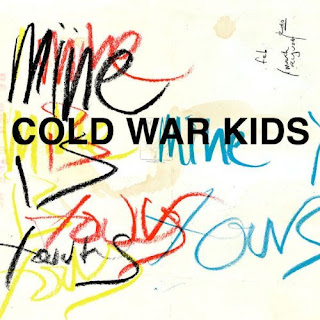 "Mine Is Yours" (Blended Babies Remix)
Posted by Matt Horowitz at 10:31 AM