"The Insane Warrior" (RJ-D2) - We Are the Doorways 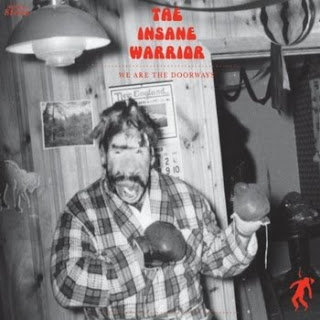 We Are the Doorways is the debut offering from RJ-D2 passion project, "The Insane Warrior." RJ Krohn's alter-ego was "created" after watching/listening to countless 1976-1984 era Sci-Fi/Horror flicks. Recently released via bandcamp, RJ complied the collection as the soundtrack to a not yet [mate]realized film - Sounds in part inspired by composers Brian Eno and John Carpenter alike.
The first visual companion to We Are the Doorways was issued earlier today, in the form of a music video for "The Water Wheel" (Track #2). A contest-of-sorts has been set up so that fans can help complete the rest of "The Insane Warrior Movie." Head over to the album's official site for additional details (complete with a clip reel of inspirations).