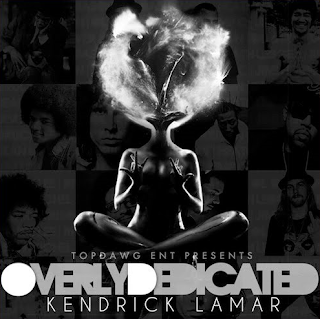 "The homie Datwon Thomas didn't tell me to listen to Kendrick Lamar. He literally commanded me to. Told me that I'd love it and to set any criticism I'm seeing online about his voice aside. I think I got his shit that night and played it like three times in a row. It’s one of my default LP's now. You know the kind you throw on when you don’t know what else to throw on aside from what genre you want to hear?
The song I linked is not a dedication to Kendrick's album. Its me adding a verse to the end of the a song off of the album. The song is named "Heaven [&] Hell" and I swear one day I had this shit on repeat for like 30 minutes. So long that when I finally cut it off I just kinda started writing a verse to fill in the blank at the end. This was purely for personal consumption mind you but I figured what the hell, I may as well share it since I haven't put out any music in a while.
I named it "Buy Kendrick Lamar's O.D." because well, its not my song. I just felt moved to write to it and figured if I'm going to put it out into the world I may as well give the brother his promo. This ain’t my song, its his. I've never even met the guy but I can say he has a fantastic album out for sale that you should buy if you looking for new music.
At any rate, enjoy, re-blog, re-post, re-Tweet and thanks for your time."

- A recent Donwill blog post about his admiration for fellow underground MC, Kendrick Lamar. He proceeds to add on a few verses, "finishing off" the mixtape's final track [sans 2 Bonus Tracks], "Heaven & Hell." If you haven't already... Check out both artists' groups/collectives - Tanya Morgan and Black Hippy respectively.