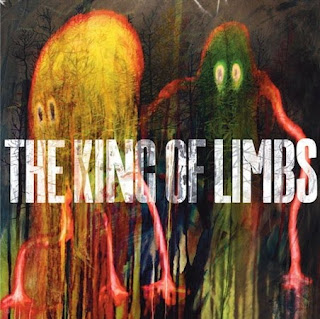 Earlier in the week (Valentine's Day), Radiohead announced that they'd be releasing new music. The collection, rumored to have been in the works for a couple of years now, was slated to be released digitally on Feb. 19. Much to cyberspace's surprise, The King of Limbs was released Fri. - a day earlier. An amusing promotional video[-single] for "Lotus Flower" (Track #5 of 8) was released online as well. Being toted as "The world's first Newspaper Album," hard copies will be released on March 29th in the US and everywhere else on the 28th. TBD Records in North America, XL in the UK, and Hostess Entertainment in Asia will push these physical copies. Specifics concerning the album's packaging/various formats can be viewed over @ Radiohead's official King of Limbs site.